Festival of Ten XII | Kids Out and About Hudson Valley 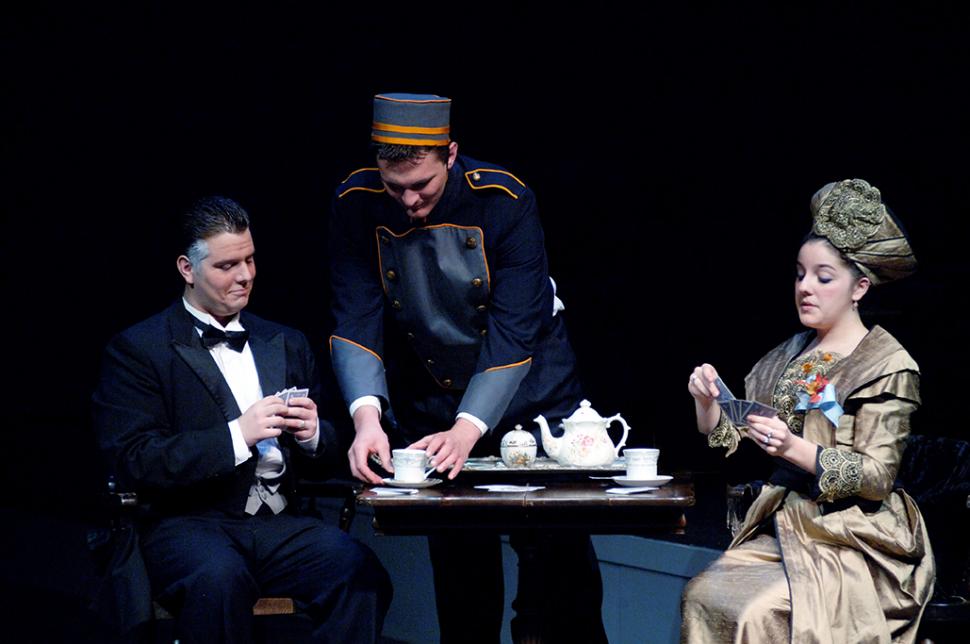 A Theatrical Smorgasbord Awaits! Twelfth Biannual Festival of Ten Features 10-Minute Plays Chosen from International Search
Click here for more information about this activity
Please help us keep this calendar up to date! If this activity is sold out, canceled, or otherwise needs alteration, email mindy@kidsoutandabout.com so we can update it immediately.

Twenty-two years ago, the Department of Theatre and Music Studies at SUNY Brockport produced their first 10-minute play festival, having started planning for it two years prior to that. Somehow, nearly 25 years have flown by, and after putting out an international call to playwrights, 500 submissions were received for this year’s edition. These were then whittled down to the final picks, culminating in the 12th biannual Festival of Ten. Given the current COVID-19 pandemic protocols, the anthology will be presented as streamed content, premiering on Friday, May 7, 2021, at 7:30 pm. The video will be available in an on-demand basis through May 14. Patrons may purchase tickets online ($10/General Audiences, $5/Students) at fineartstix.brockport.edu in order to receive the link to view the performance. Patrons may contact the Tower Fine Arts Center box office for guidance at (585) 395-2787.

A Playwrights Symposium featuring several of the authors whose works are part of the Festival of Ten XII will take place on Saturday, May 8, at 5 pm. A link to the free Zoom webinar can be found here and on the department’s Facebook page. The Meeting ID is: 843 3953 2944 and the
Passcode is: 3qC9Jb.

Davida Bloom, a professor in the theatre department and selection coordinator for this edition of the Festival of Ten, requested that the screeners rank “the plays based on the quality of the play. Do not take into consideration the situation with COVID-19. Given that we did not put out a call for plays that would easily adapt to social distancing, you should not be ranking plays based on whether or not they could be produced with social distancing.”

Typically, “the auditions and casting process are so different, and fun,” adds Ruth Childs, an associate professor in the department. “Usually a director can pick and choose their cast from whoever auditioned, but with 10 directors in the casting session, these are run like a football draft. It’s quite convivial in those casting sessions.” This year, given pandemic protocols, “we did the casting the same way, but over Zoom. It actually worked really well. The whole audition process was done online. Worked like a charm for this kind of production. For callbacks, each director had a breakout room, and the stage managers moved the students in and out.”

The 10-minute format is more difficult than it might appear. As with any play, the piece needs to have a beginning, a middle and an end. With less time to develop characters, the playwright is automatically challenged, as are the actors and directors, who are trying to convey the playwright’s intention. Regardless of any inherent challenges, the Democrat and Chronicle has called the Festival of Ten “a titillating offering of sophisticated, diverse and fulfilling theatre.”

The birth of the Festival of Ten stems from a similar program that Jon Jory, artistic director of the Actor’s Theatre of Louisville, instituted at the Humana Theatre Festival. P. Gibson Ralph, chair of the Department of Theatre and Music Studies, recalled that “since it was, and is, always so difficult for new playwrights to get their works produced, or even read, the 10-minute play was developed, allowing authors to have their voices heard.” This concept spread like wildfire, especially in academic and regional theatrical settings. “There were other 10-minute play festivals in our area, but we were the first in the region to cast such a wide net in soliciting plays,” Ralph is quick to point out. “This ensured that we would get submissions from the most talented writers in the genre and, being an international solicitation, we could occasionally receive plays about how the rest of the world views various situations.” As the

Festival of Ten grew, it helped cement the department’s reputation with the Dramatists Guild of America, a professional organization that ensures the welfare of professional playwrights. The Guild became a resource for alternative methods of soliciting the plays, and were more than happy to work with a Festival in which their membership could not only be well-represented, but “treated fairly.” Another affiliation that has helped increase the Festival’s stature would be that of the Kennedy Center American College Theatre Festival. Childs chaired Region II of the KCACTF’s National Playwriting Program for several years. The KCACTF also helped solidify Festival processes, such as instituting the “blind” reading of the plays, meaning that the screener would not know who authored the play. Though individual screeners can read upwards of 100 plays, as the procedures continued to evolve, it was decided that no group of the exact same three screeners read more than the same 25 plays.

Fine Arts Series at SUNY Brockport
*Times, dates, and prices of any activity posted to our calendars are subject to change. Please be sure to click through directly to the organization’s website to verify.